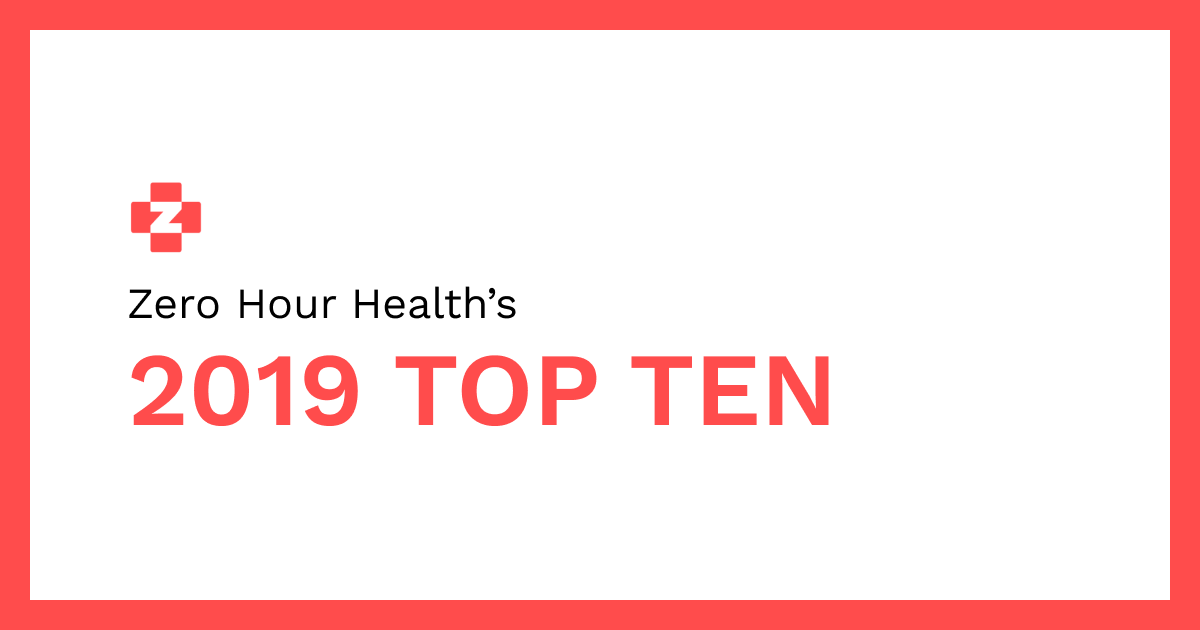 Every year, we keep track of what you call us about. The top health issues in 2019 reflect a changing industry and the dramatic impact of the opioid epidemic and homelessness on the communities in which you live and do business.

Every year, we keep track of what you call us about. The top health issues in 2019 reflect a changing industry and the dramatic impact of the opioid epidemic and homelessness on the communities in which you live and do business. It isn’t based on numbers of cases but by the resources needed to handle them. As an example, TB made the top ten because three clients each had one case that required months of employee testing, education, follow-up and on-going communication with health departments. But Hep A topped the list because of how many cases there were and how much it impacted you.

The 2019 Top Ten: What Health Issues You Faced Last Year

Hepatitis A has been on our top ten list since we began publishing it; but almost always near the bottom. It is now #1 and likely will be for 2020 . Florida case counts continue to soar while they’ve begun to slow in other areas. Florida alone had more Hep A cases in 2019 than the entire US had in past years and its case count passed Kentucky’s two year count in less than a single year.

This is the first time that Homelessness appeared on the top ten list. Hepatitis A and Homelessness, issues dramatically impacting the industry, are inextricably intertwined with the Opioid Crisis. In 2019, there were frequent overdoses in bathrooms resulting in traumatized crews and guests, bloodborne pathogen clean up and temporary closures. 87% of our client’s employees diagnosed with Hep A in 2019 either personally had an opioid problem, or lived with or in a relationship with someone who did.

In early fall, we were asked a question we’d never been asked before: how to properly decontaminate an area after tear gas was used (by police for someone who was barricaded in a bathroom). Then it happened again… and again. At a recent franchise conference, the licensees’ questions were almost entirely focused on managing a restaurant with homeless persons at salad bars, using bathrooms to bathe and how to respond to concerns of other guests. These are difficult, new and now almost daily concerns.

It's hard to tell yet what the 2020 Top Ten list will look like – but no doubt Hep A will be on it and near the top yet again… and we’re closely watching issues in China that remind us of SARS. The most important point to remember is that you can protect yourselves - with handwashing, not working sick, and getting good information and employee training early when new health concerns pop up.